God’s standard for judging the world: “The New Man in Christ” 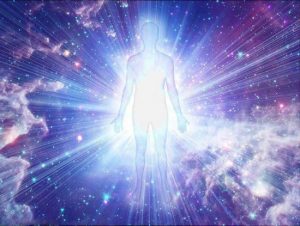 Please don’t pick up a stone yet…..hear me out.

Paul said (KJV) that one day God would judge the world, ‘by my gospel’.

This can be interpreted with the emphasis on ‘God will judge the world one day’ ACCORDING TO MY GOSPEL.  In other words, the fact that God would one day judge the world was one of the doctrines which Paul preached.

Another way of looking at it (and I must admit with what I have learned about the New Creation in Christ, I am rather prejudiced toward this interpretation), is that one day God would judge the world by the content, or the revelation which He gave to Paul through Jesus Christ.

Paul was the steward of a mystery.   Not Peter.  Not John.  Not James.  Paul.

That mystery was:  “Christ IN you, the hope of glory”.

One day as I was meditating on these things, it was as though I was watching the Great White Throne judgment.  The New Man in Christ was standing to the side and was the measuring reed by which God compared every man that came before Him.

I believe this can apply to the Church also.  How much each of us ‘put on the new man which has been created in righteousness and holiness’, the ‘new creation in Christ’.

Paul’s Gospel God to judge the world by Rom 2.16

God’s standard for judging the world: ‘The New Man in Christ’, Pt 1

Tags: Judgment of God, New Creation Realities, Paul's Gospel
◀ John G. Lake: Is It Scriptural to Pray ‘if it be Thy will’?
PDF: “Looking into the mystery: Paul’s Gospel” ▶