What are ‘spiritual mechanics’? 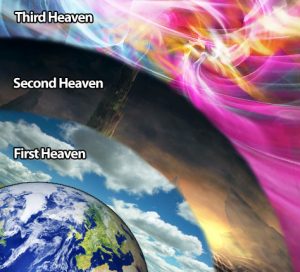 This wonderful picture shows the three realms in which the believer functions.  Spiritual mechanics are the ‘tools’ in your toolbox that enable you to be a good ‘mechanic’ in all three.

Pat and I are very practical….we like to get down to the ‘nuts and bolts’ of how what we are teaching you actually works, so you will find the principle from God’s Word given in our teaching, and then examples and/or instructions in how to go about applying the principle.  We are not just teaching to bring faith, but also to show you the works to go with faith, for as James says:  faith without works is dead, (James 2:26).

Mechanic, a definition:  someone who is skilled in the way something works, or how something is done.

I would say that the sentence above pretty well describes what I am talking about:

“He looks at the mechanics of a car before the body work.”

The ‘body work’ is the Word of God that causes Him to function.

Spiritual mechanics is the study of pneumatoloy.  How spirit works….God’s Spirit, man the spirit, angelic spirits and Satan the spirit.

Almost 40 years ago, God began to point out to me ‘spiritual mechanics’ – the how tos of tapping into the functioning of God’s Spirit and His Word.  I would be listening to a sermon or teaching, and all of a sudden I heard the Holy Spirit say:  “that is a spiritual mechanic”.

I knew right away what He meant.  What I had just heard was a ‘mechanics tool’ to getting the Kingdom of God to operate for me.  As I would take notes or transcribe sermons, I began to notice these things and I would put a ‘s.m.’ by them.

I paid special attention to the ‘s.m.’s’ because I knew that they were the clues or codes as many would say today, for pleasing the Father and being useful to Him in my walk with Him.

Here are some examples of spiritual mechanics: