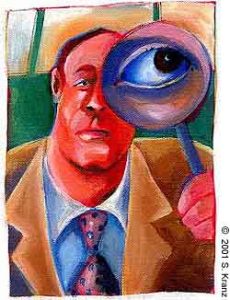 Did you ever think about the ‘why’ of why we can’t see God?

A quick answer would be:  “Well, He is in the spiritual realm and we are in the natural realm.”

What causes that ‘great gulf’ to be fixed between the two?

Frank Lee shares on his blog post:  “Why we can’t see God!”

It is a scientific explanation.

I would like to quote Charles Capps: “Some things which have required faith to believe will no longer require faith, for it will be proven to be scientific fact”, (given through a word of prophecy).

Science is beginning to give us an explanation of ‘”Why we can’t see God”.
(Ann Windsor)

Physicists have discovered the mechanism that prevents us from seeing the Kingdom of God by electromagnetic waves.

When I was a graduate student majoring in physics, I was an atheist. To me, God was a product of ignorance, due to lack of scientific knowledge. If people understood natural laws as well as physicists, they would not believe the existence of God. At that time, I did not know that most great physicists were God’s believers, such as Newton, Kepler, Planck, Heisenberg and Einstein.

Ten years after I received a Ph.D. in physics, I became a Christian – not because I found any hard scientific evidence about God. Like most believers, I felt that there must be a God who had been guiding me, otherwise some events that had happened to me would not be so coincidental.

The existence of God was so real that I had been wondering: where could God be? why couldn’t we see Him? how come modern technology could not detect God? Since I was trained in physics, I believed that all natural phenomena should have a physical explanation. If God really exists, these questions can be answered in terms of physical laws. However, I did not know where or how to find the scientific answer. It might be impossible to know the answer at all.

In 2000, almost ten years after I became a Christian, I happened to read an article aboutstring theory. My specialty was in biophysics, not in theoretical physics, but I had great interest in our universe – especially new concepts. The string theory just offered a completely new concept about our universe. After I read that article, I was thrilled. This must be it! God must be there! He could be only a centimeter away from us without being detected. Physicists have discovered the mechanism that prevents us from seeing the Kingdom of God!

The string theory has been developed for several decades, with a goal to become “the theory of everything”, that is, to unify all four fundamental forces – gravitation, electromagnetism, strong and weak nuclear forces. A revolutionary discovery of the theory is that the whole universe should have ten dimensions of space, instead of three dimensions (length, width and height) that we used to think. Then, why do we see only three dimensions? In the earlier version of the string theory, it was assumed that those extra dimensions were too small to be observed. Thus, the whole universe is essentially the same as the 3D world. If this were true, there would be no place for God. Fortunately, a few years before 2000, researchers began to realize that those extra dimensions could be as large as the ordinary three dimensions. The reason why we cannot see extra dimensions is because our 3D world is a sub-universe called “brane“, which confines all matter and electromagnetic waves (photons). It is impossible for photons to escape our 3D brane.

The electromagnetic waves (radio waves, infrared, visible light, ultraviolet, and X-ray) are the major means we use to see or detect things. Since the electromagnetic waves are confined in our brane, this immediately explains why we cannot detect God if He lives outside of our brane. The relationship between our brane (3D) and the whole universe (10D) is like a flat TV screen (2D) in our house (3D). Suppose there are some kind of creatures confined on the TV screen and the “light” they use to see is also confined on the TV screen, then they cannot see us even if we are only a centimeter away from the TV screen. Similarly, if God lives outside of our brane, we cannot see Him even if He is only a centimeter away from our brane.

Tags: God and science, Quantum Physics
◀ “Sickness and disease has ears…..”
“Healing IS where God IS…..” ▶